Bestselling Author Donna Fletcher Crow Announces Completion Of 10-Volume Celtic Cross Series With The Release Of Epoch 10, The Dawning Of Peace, Of Dreamers And Designers 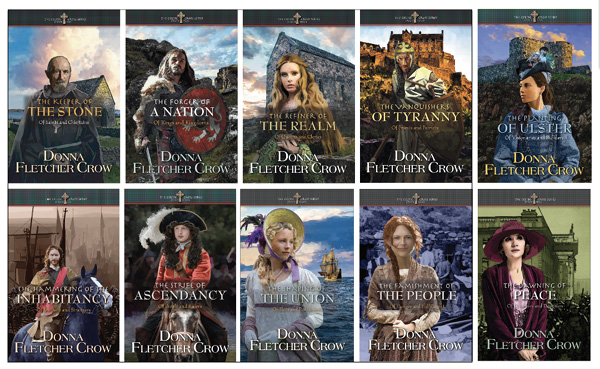 WILMINGTON, NC, September 29, 2022 /24-7PressRelease/ — Bestselling author Donna Fletcher Crow has announced the completion of her 10-volume Celtic Cross series. This series of novels covers the history of Scotland and Ireland. The leading historic figures of the day interact with fictional characters to bring the stirring events alive. Each epoch is tied to the series with the on-going events in the lives of modern young people as old wars and current conflicts keep them striving to find answers that provide hope for the future. The series is comprised of 10 novels:

Epoch 1 The Keeper of the Stone, of Saints and Chieftains
563: Columba and his little band of monks arrive on the Isle of Iona from Ireland. Can a monk, seeking his own absolution, bring enlightenment to this strange, isolated people? Can three modern young people find the answer to Scotland’s oldest secret?

Epoch 2 The Forger of a Nation, Of Kings and Kingdoms
847: Kenneth mac Alpin is crowned king, but can he forge a nation from warring tribes threatened on every side by fierce Vikings and contentious Picts? And can modern young people uncover the truth about Scotland’s past and their own lives?

Epoch 3 The Refiner of a Realm: Of Queens and Clerics
1068: The gentle Queen Margaret, vowed to become a nun, accepts the hand of the uncivilized King Malcolm. Are her tools of love and beauty enough to carve a haven of civility among these rough, barbarous people? Modern young people seek answers at Edinburgh Castle, high on its windy hill.

Epoch 5 The Planting of Ulster, of Visionaries and Builders
1610: Lady Montgomery introduces potato planting to Scots settlers seeking to make a new life, including Calum Lanark, desperate to make a home for his beloved Deirdre. In 1996 Mary is filled with trepidation as she agrees to accompany her fiancé to Belfast to work for peace. But what if those mad Irish start throwing bombs at each other again?

Epoch 6 The Hammering of the Inhabitancy, Of Brothers and Strangers
1610: An Irish family is torn apart as the sons march off to war—on opposing sides—as Oliver Cromwell leads one of the most turbulent periods in all the long, troubled history of Ireland. In modern times, an American woman struggles to understand the roots of the unimaginable atrocities she sees around her in The Troubles.

Epoch 7 The Strife of Acendancy, Of People and Rulers
Two women, Two times, One agony: In 1683, the desperately ill Janet Lanark grieves as her husband and son, while feuding between themselves, stride away to join King Billy at the Battle of the Boyne. In 1996 Mary Hamilton despairs of helping the Belfast youth find peace as renewed conflict boils into riots.

Epoch 8 The Shaping of the Union, of Plots and Parliaments
Valiant Women Risk All for Ireland: In1789 Lenny imperils her own life to uncover the insidious spy bent on bringing all their plans for a revived Ireland to ruin, even as she harbors a secret message. In1996 Mary jeopardizes her own happiness as she seeks an answer that will finally help bring peace in the historic struggles of this land.

Epoch 9 The Famishment of the People, Of Hunger and Fulfillment
1845: Andrew Armstrong is determined to break free of the strictures of life on his family plantation in Northern Ireland. Then the potato famine brings disaster to all that he loves. In 1996 Mary Hamilton is ready to abandon hope for peace in strife-torn Belfast—until a devastating event changes her plans irrevocably.

Just released: Epoch 10 The Dawning of Peace, Of Dreamers and Designers
The stunning conclusion to The Celtic Cross series. In the aftermath of the hotel bombing where they had gone to lead a peace rally, Mary sits, shattered, in a hospital room beside the broken body of her beloved Gareth. In an effort to distract her and pass the long hours, Philip reads to her from the final episode of his family journals.

In 1914, in spite of her family’s skepticism, budding actress Nora Armstrong is thrilled to join the Gaelic Revival movement at the Abbey Theatre in Dublin under the leadership of the indomitable Lady Gregory. Nora loves her new life until everything is changed by the Easter Rising. Northern Ireland is born out of the rubble of the conflict, but can the uneasy peace be sustained?
Old Wars; present conflicts. Out of her pain Mary finds real hope for the future—changing peoples’ hearts.

“It is deeply gratifying to me to have completed the publication of my Celtic Cross Series,” Crow stated. “This has been a project I have long wanted to undertake and Covid lockdowns gave me the perfect opportunity to begin what I knew would be a lengthy under-taking.

“It’s always impossible to put actual dates on such ventures. Do you start with the inception of the idea? With the first proposal sent to an editor? With beginning the first manuscript? Perhaps a good place to start for The Celtic Cross Series would be 1993 with my first research trip to Scotland where I fell in love with the land and her stories.

“My then 13-year-old daughter accompanied me for 6 weeks in that marvelous country and I still value the dear friends who hosted us and assisted with my research.

“The Fields of Bannockburn, the first publication of the stories from that adventure, came out as a 707-page epic in 1996 and won first place for fiction in the 1997 National Federation of Press Women Communications Contest. The first 4 Epochs of The Celtic Cross are taken from that book.

“The Banks of the Boyne, Ireland’s story, followed that in 1998 in 823 pages. It was definitely time thoroughly to up-date these books and to bring them into the new century in ebook format as well. I am so grateful to Sheila Deeth, my editor, and to Ken Raney, my cover artist and all who worked on this effort.”

More information on the series is available at Crow’s website at https://donnafletchercrow.com/booksHistorical.php#historical.

Donna Fletcher Crow is the author of 50 books, mostly novels of British history. She has taken a number of high-level industry awards for her work. Many of her books have been bestsellers in their categories, including ‘A Most Inconvenient Death’, which achieved #1 bestseller status in Christian Suspense. ‘The Fields of Bannockburn’, the epic from which The Celtic Cross Series, Part I: Scotland, The Struggle for a Nation is based, was listed as Fiction Bestseller by Christian Book Distributors and ‘The Banks of the Boyne’, the epic from which The Celtic Cross Series, Part II: Ireland, The Pursuit of Peace is based, hit #3 Best-Selling Fiction.

‘Glastonbury’ is her best-known book, which received the prestigious First Place, Historical Novel, award from the National Federation of Press Women. Readers and reviewers have raved about ‘Glastonbury’, calling it “The best of its kind,” “richly fascinating,” “beautifully researched,” “gloriously evocative,” and “panoramic.” One Amazon reader said, “WHAT a work! Every reader can be enveloped in the sheer scope and quality, every historian be constantly nodding at the precise detail and accuracy, and every Christian can rejoice in the fullness of scripture. For me it is simply beyond descriptive praise. I would urge all who value truth to treat themselves to a feast.”

The Celtic Cross is a 2-part series which begins with Scotland: The Struggle for a Nation. In 4 individual epochs it tells the stories of—’The Keeper of the Stone,’ St. Columba; ‘The Forger of a Nation,’ Kenneth MacAlpin; ‘The Refiner of the Realm,’ Queen Margaret; ‘The Vanquishers of Tyranny,’ William Wallace and Robert the Bruce. The 10-book series will complete in the summer of 2022.

The Elizabeth & Richard Mysteries is a literary suspense series using literary figures as background: Rudyard Kipling in ‘The Flame Ignites’, Dorothy L Sayers in ‘The Shadow of Reality’, Shakespeare in ‘A Midsummer Eve’s Nightmare’, and Jane Austen in both ‘A Jane Austen Encounter’ and ‘A Most Singular Venture’. Watch for ‘A Prodigious Sum of Corpses: Seeking Sanditon at Jane Austen’s Seashore’, which will take readers to all of Austen’s favorite seashore resorts. Accounts of Crow’s visits to these sites are available on her blog under the heading “Jane Austen Seashore Tour.”

The Monastery Murders Series features atmospheric contemporary crimes with their roots buried deep in the middle ages. Books in the series include ‘A Very Private Grave’, ‘A Darkly Hidden Truth’, ‘An Unholy Communion’, ‘A Newly Crimsoned Reliquary’, ‘An All-Consuming Fire’ and the newly-released ‘Against All Fierce Hostility.’

The Daughters of Courage, ‘Kathryn’, ‘Elizabeth’ and ‘Stephanie’ is a pioneer family saga based on the stories of Crow’s own family and other Idaho pioneers in the Kuna, Nampa and Boise area. A short story on her blog entitled “A Nostalgic Fourth of July” is based on a scene from ‘Kathryn: Days of Loss and Hope’.

The Lord Danvers Victorian true-crime series is an Amazon bestseller in the British Detectives category. Books in the series include ‘A Lethal Spectre’, ‘A Most Inconvenient Death’, ‘Grave Matters’, ‘To Dust You Shall Return’ and ‘A Tincture of Murder’. Donna provides a no-charge download of ‘A Tincture of Murder’ for those who sign up for her newsletter. More information is available at her website.

Donna and her husband live in Boise, Idaho. They have 4 adult children and 15 grandchildren living on 3 continents. Donna is a former English literature teacher and lifelong Anglophile. Idahoans with long memories will remember her as a former Queen of the Snake River Stampede, Miss Rodeo Idaho and runner-up for Miss Rodeo America. She is an enthusiastic gardener. 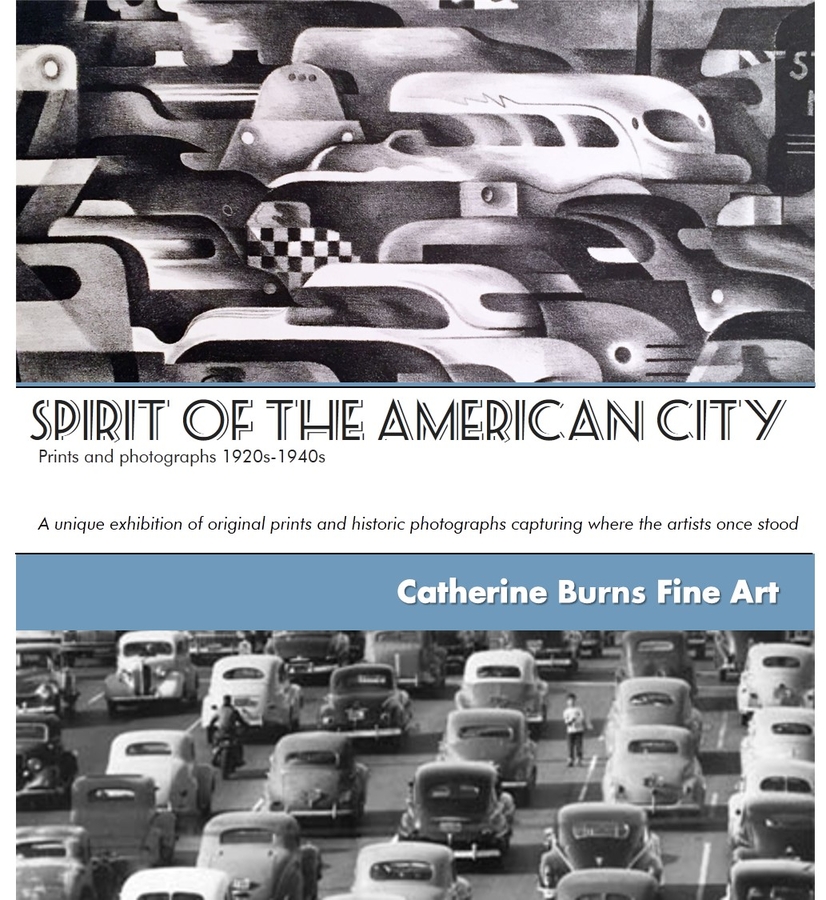 Pandemic Escape: A New Way to Look at 1930s Art 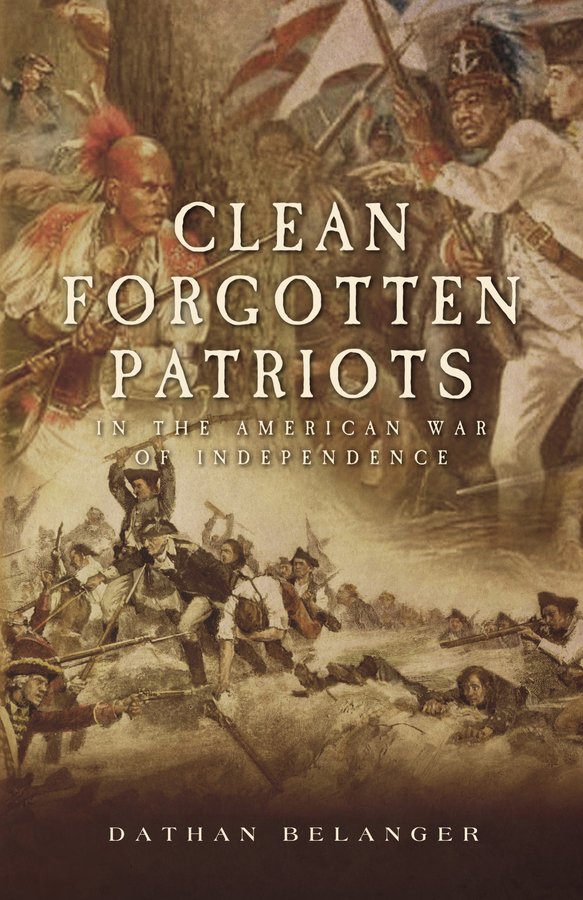 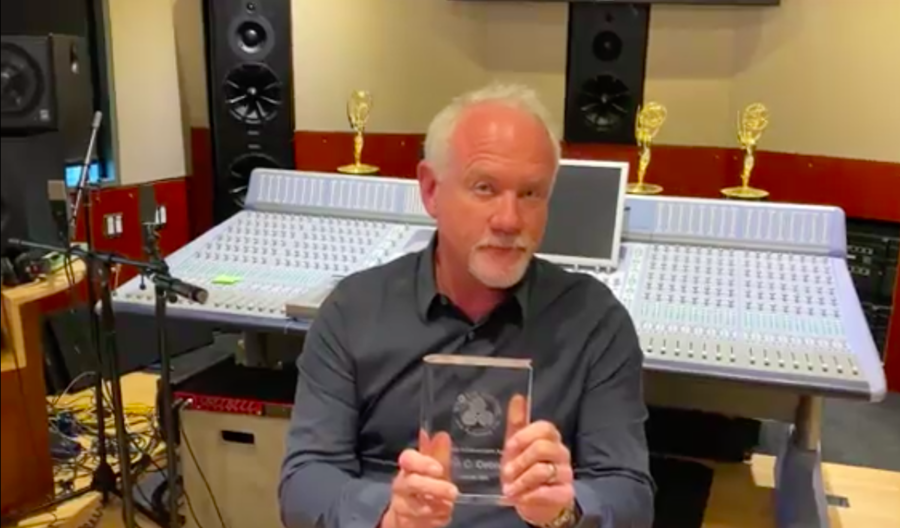