Ice-T’s Wife Coco is a 12″ Posable Action Figure with “Real Synthetic Skin” Based on the Comic Book Gekido by BeyondComics.TV Creator Graig Weich & B.Wilson from TV 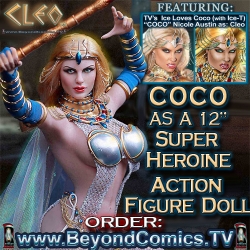 Coco: "It is really cool being cast as Cleo, the new Superhero! When Graig Weich told me he wanted me to play his heroine, it was so cool!"

Graig Weich: “It’s really an honor to have Coco be a part of the Beyond Comics Universe of Heroes I’ve created (along with Gekido and Cleo co-creator, writer Brandon Wilson) and to immortalize Coco as our guest star; Cleo. I love seeing the child within us all come to life when our fans express such joy from our work. When I donate my art to help raise money for charities for children and animals in need, it’s very fulfilling to see the kid’s eyes light up when they see my super heroes come to life.”

(Contact them to set up an interview & for high resolution photos at: [email protected])

The Cleo #ActionFigure #doll is for #collectors , and is an exclusive limited edition item that comes with the #ComicBook she appears in, by #BeyondComicsTV , #TBLeague & #Phicen the #ActionFigures #Dolls Company.

– Video Clips (copy & paste them into a browser):

3) Press Reel of Clips of #Coco as #Cleo & #GraigWeich on ALL THE TV: https://youtu.be/AAxbN5PZyL0

– Contest: "You may be drawn in our next comic book. Enter at: www.BeyondComics.TV "

– Cleo has the power to control the minds of men to do her bidding and she can shape-shift into any female and take on their appearance and powers to disguise herself. No one knows what Cleo really looks like. She must fight the assassin, #Gekido , she loves to hate and hates to love but #Ravedactyl , #Tricity ( #AdrianneCurry ) and #CodeNameJustice will team up with them to help fight #LordShinryu (starring #CaryTagawa ) and #Sunder in a war to save the world from them and their cult ninja clan before time runs out.

Coco dressed up for #NewYorkComicCon for #Cosplay as a #Cosplayer meetings fans as Cleo from the #BeyondComics booth there which was shown on TV's #IceLovesCoco .

Other big name superhero figures sell for nearly $300 or higher, so the Cleo figure's price point is less expensive at $219, plus Cleo has #SyntheticSkin . #ComicBookArtist Graig Weich said how much he loves #Comics and that he was honored to have met #Marvel Comic's creator #StanLee at #NYCC . Not since #MarvelComics #BlackWidow and #DCComics ' #SuperGirl with #WonderWoman have there been an all new heroine like Cleo.

Meet Artist/Creator Graig Weich at #NYComicCon2017 in October at the TBLeague – Executive Replicas Booth at #NYCC2017 for #ComicCon .

E-mail them below to set up an interview:
Spotlight PR
Toni S. Asst rep for
Graig Weich of
BeyondComics.TV
Contact Email: [email protected]

The figure and signed comic can be ordered at:
www.BeyondComics.TV 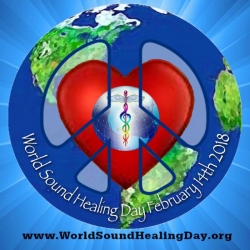 Co-Create a Sonic Healing Wave for Earth on February 14 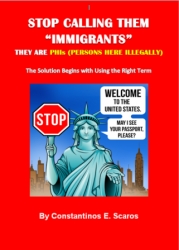