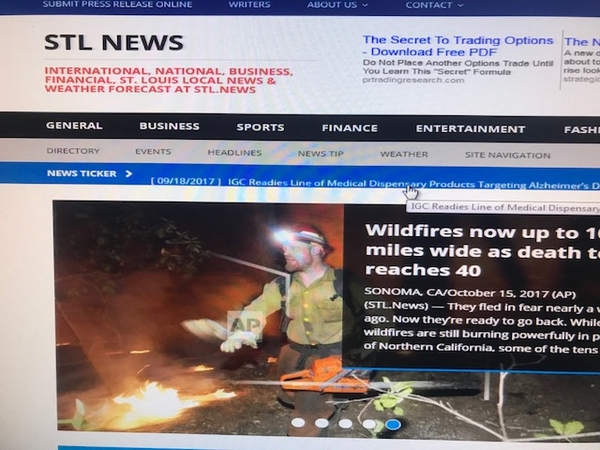 STL.News is approching its one year anniversary with more than 5500 articles published

Our content for STL.News is obtained from sources believed to be reliable, such as AP, press releases distributed by various press releases distribution sites like PR Newswire, AP, and from our local team of dedicated journalists, some are recipients of Emmy and Telly awards for work unrelated to the content published on STL.News.

STL.News content can be seen in search results from the major search engines like Google, Bing and Yandex. Additionally, our content can be found on Google News, Google Newsstand, Bing News, Apple News, News360, and shared with a massive social media network expanding to more than 50 top-rated socials sites such as Google+, Facebook, Twitter, Pinterest, Instagram and much more.

St. Louis Media, LLC has focused primarily on the distribution of STL.News’ content since its inception in June 2016, which has resulted in a substantial increase in daily visitors.

The source of revenue will be from paid content, such as press release distribution, income from Google for their advertisements and donations from sponsors entitling them to specific benefits for their supports, web design and website hosting. Regular monthly sponsors will be allowed to free press releases and even free website hosting.

Our future objectives of STL.News is to enhance the amount of content published on a daily basis, increase local news stories and provide more education information on its web pages.

Other features offered to our visitors is an online business directory listing and events listings. Visitors can purchase both for enhanced online visibility.