FORT WORTH, TX, April 11, 2018 /24-7PressRelease/ — Some Tarrant County car dealers continue to reel from $500-per-month penalties leveled by the county, even though the Tax District admits that it can’t always find the reports that have been filed reporting sales for inventory tax assessment, but then generates reports showing inaccurate delinquencies because the dealer has filed a report and paid any tax due on time.

The faulty record keeping might be little more than an inconvenience for the dealers. However, it is much more than that because the county has hired a law firm, Barlow Garek & Simon, LLP, on a percentage-of-collections payment plan, giving the law firm no incentive to question the tax district’s often faulty reports of delinquencies by car dealers.

Ron Sturgeon, a local car dealer that has been the victim of the county’s failure to maintain accurate records states “When you fine a dealer $500 per month, every month, for a report that they allegedly didn’t file timely, it’s important that the records be accurate.” Sturgeon wants to find out how many other car dealers have been a victim of the bad record keeping and inappropriate collection activities of the county and fix the process that has affected him and many other car dealers across Tarrant County. Sturgeon made the law firm aware of the inaccuracies but they were not willing to consider such facts.

The county recently notified Sturgeon by mail that he had not filed a report from a few months earlier, and he told them he had a copy of the registered receipt signed for by an employee of the tax district. A few hours later, a representative from the tax district called back stating that Sturgeon’s missing filing had been found.

The system for penalties, put in place by the state, assesses a fine of $500 for every month that a report remains delinquent, so a report for January, for instance, by May would have accrued a penalty of $2,000. Sturgeon adds, “In our case, because we don’t sell many cars, most of our reports are for zero tax due, including the one they wanted to charge us a $14,000 penalty for.” The law firm eventually agreed to reduce the fine to $4,500, even though Sturgeon had filed report showing zero tax was due on time.

“In my opinion, the tax district through the law firm just sends out computer-generated requests for payment,” Sturgeon added. “We’ve got more than 3 years of communications with the law firm via mail and phone calls. They just don’t return most calls or mail, which in my opinion is very unprofessional. Put simply, my opinion based on my experience is that the law firm doesn’t care to hear that the dealer has a registered receipt where the county signed for the required report timely or about other inaccuracies in the county’s reports,” noted the Fort Worth-based entrepreneur.

“We’ve furnished some reports up to 3 times before Tarrant Appraisal District (TAD) acknowledges receipt of them. We have also requested in writing from the law firm the process to appeal the unjustified fine, but response letters, when we could get them, have never addressed an appeal process,” he added

Sturgeon has talked to several other car dealers that also received letters from the law firm requesting huge penalties for reports that the dealers had submitted timely. When they can reach the firm, the firm may offer to settle for a reduced payment that still amounts to thousands of dollars. One license holder who had never sold a car was assessed $48,000 in penalties. He operated an auto salvage yard and is required to have a TX dealer’s license to buy certain salvage vehicles, even though he never sells cars. His inventory is taxed under another system.

“I met in person with our former tax assessor, Ron Wright, who is now running for a seat in the U.S. House of Representatives and he was pleasant, but really didn’t seem interested in issues concerning inaccurate record keeping by the county or in helping the car dealers that are faced with aggressive efforts to collect fines that they do not owe. I followed up that meeting with a letter because Mr. Wright had promised to get back to me on these issues, but he never did, and he also never responded to the letter. Elected officials need to be held accountable for such lapses and for gaps in their department’s recordkeeping, especially when these lapses result in monetary fines,” Sturgeon added.

Sturgeon encourages dealers who have had issues with TAD fines to contact him in confidence, as he decides how best to deal with Tarrant Appraisal District’s incompetence. He can be reached via mail at P.O. Box 37003, Fort Worth, 76117, or by email at [email protected]. He also plans to send a flier to the registered 1,600 car dealers in Tarrant County in coming weeks, soliciting their experiences. Sturgeon is no stranger to David- and-Goliath situations; he once notified over 4,000 businesses of an unlawful activity by a public company that eventually resulted in the Justice Department collecting a $10,000,000 fine from that company, ADP.

Under protest, Ron paid the wrongful fine assessed against him by the county, after years of back and forth, and now just wants to see the problem fixed. Based on his own experience, he hopes a newly elected Tarrant County Tax Assessor will be interested in ensuring that any fines are based on accurate records and that collection practices are fair and professional and don’t provide incentives for abusive practices. Candidates for Tarrant County Tax Assessor in this November’s election include Wendy Burgess, Ollie Anderson and Mike Snyder.

Sturgeon also hopes the state legislature will reconsider the penalties because they are onerous. “A $48,000 fine for a dealer who never sold a car is a gross injustice and a prime example of what is wrong with the current system,” said Sturgeon. “I intend to join with other affected dealers and to do what I can to get the problems fixed.

I understand that the county needs the reports timely and that a penalty to discourage late filings is necessary, but the current fine structure is excessive,” said Sturgeon. He believes the TX legislature, which sets the fines, should reform the law to make the penalties more equitable.

Ron Sturgeon, aka Mr. Mission Possible is a successful serial entrepreneur and and sought after business consultant based in Fort Worth, TX. He was recently featured on CNBC’s Blue Collar Millionaire program. Ron’s current ventures include Ft Worth real estate development including development of a North Fort Worth design district and business park made from recycled shipping containers. Learn more about Ron at Mr.MissionPossible.com. Learn more about the innovative shipping container business park by visiting boxofficewarehousesuites.com. 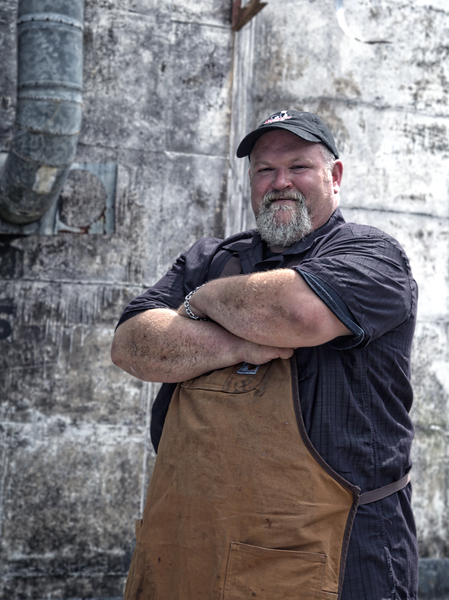