“It only takes one mosquito to kill a child,” said GFA founder, Dr. K.P. Yohannan, explaining that seven out of every 10 mosquito-caused deaths are children under age five, but a simple mosquito net costing $10 could save a child’s life. GFA provides people with the opportunity to donate mosquito nets at https://www.gfa.ca/press/mosquito.

Mosquitoes were responsible for nearly 220 million malaria cases around the world in 2017, resulting in 435,000 related deaths—nearly one every minute—according to the World Health Organization’s (WHO’s) latest World Malaria Report.

On August 20, 1897, India-born British doctor Sir Ronald Ross discovered that the bite of parasite-infected female mosquitoes transmits malaria – and declared that the date should be commemorated as World Mosquito Day each year.

“As GFA World combats these mosquitoes and the deadly diseases they carry, we’re seeking to minimize the risk of children being infected,” Yohannan said. “It’s part of our commitment to the remote communities we serve and one way to express God’s love for them.”

This year, health workers at more than a thousand GFA-supported medical camps in Asia will teach families the importance of sleeping every night under a mosquito net and making sure they remove stagnant water around their homes to eliminate mosquito breeding grounds.

“Many villagers in remote areas can’t afford to buy mosquito nets or preventive medications,” Yohannan said. “This is why our efforts are so critical and show people that we really do care about them.”

Malaria is just one of numerous deadly diseases transmitted by the bloodsucking insect. In tropical and subtropical regions of the world—mostly in sub-Saharan Africa and South Asia—mosquito-borne dengue fever, yellow fever, West Nile virus, African sleeping sickness, and encephalitis ravage extremely poor communities that lack basic healthcare. A female mosquito can live up to eight weeks and lay hundreds of eggs.

Malaria was close to being eradicated in the 1950s, but it soon surged again to epidemic levels in India, Indonesia, Kenya, Uganda, Nigeria and other impoverished nations.

Despite this resurgence, WHO reported that the number of malaria cases in India in 2017 declined 24 percent from the previous year, raising hopes of major progress against the disease in the heavily impacted eastern state of Odisha on the Bay of Bengal.

Combating malaria is one of WHO’s eight Millennium Development Goals, and the agency is currently field-testing the first malaria vaccine—potentially a huge breakthrough.

Although unusual in the United States, the U.S. is not immune to deadly mosquito-borne diseases. In July, health officials in central Florida discovered a rare form of mosquito-transmitted encephalitis that can cause fatal brain swelling.

Celebrating its 40th anniversary in 2019, GFA, www.gfa.ca is a leading faith-based mission agency, bringing vital assistance and spiritual hope to millions, especially to those who have yet to hear the “good news” of Jesus Christ. This has included more than 70,000 sponsored children, free medical camps conducted in more than 1,200 villages and remote communities, over 4,700 wells drilled, over 11,400 water filters installed, income-generating Christmas gifts for more than 240,000 needy families, and spiritual teaching available in 110 languages in 14 nations through radio ministry. For all the latest news, visit our Press Room at https://press.gfa.org/news/.

“Kentuckians for Coal” to Protest the Solar Eclipse August 21! 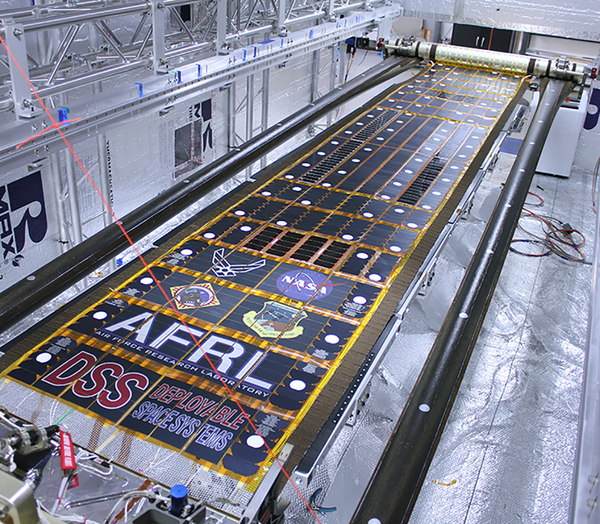